The Revista Finanzas y Política Económica, from the Faculty of Economics of Catholic University  from Colombia, since its first issue in January 2009 until today, has created a scientist space with issues about economic policy, finance and other topics related to economics in Colombian context, Latin American and the world, which can be analyzed and discussed by academics and researchers of the highest level.

The Revista Finanzas y Política Económica is aimed to public and private academic communities, and to national and international researchers interested in issues related to economics, finance and development.

This journal is disclosed in centers and research groups, libraries, and the most prestigious faculties of social sciences, economics, and business management from Colombia and Latin America. The subscription is annual and is formalized filling out the template available on its website.

The Revista Finanzas y Política Económica is a June and December biannual publication specialized in economics and finances sciences, known because its stability, scientific and editorial quality, visibility and accessibility.

The Journal welcomes authors that are associated with universities and research centers from Colombia and other countries around the world, who would like to show the results of their researchs with original and unpublished articles in economics, finance and development.

Its content meets the requirements of scientific quality set by national and international standards of indexing. The Journal contributes to the academic improvement, giving pathways for quality research in economics and finance that focus on the advancement of the socio-political latin american environment, and also, on the establishment of worlwide socio-economics analysis. 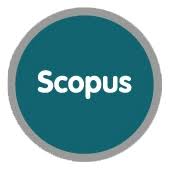 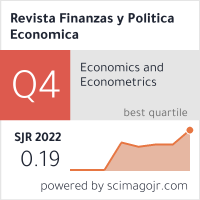